The Light In the Window

In Ireland, 1951, the young June Goulding took up a position as midwife in a home for unmarried mothers run by the Sacred Heart nuns. What she witnessed there was to haunt her for the next fifty years. It was a place of secrets, lies and cruelty. A place where women picked grass by hand and tarred roads whilst heavily pregnant. Where they were denied any contact with the outside world; denied basic medical treatment and abused for their 'sins'; where, after the birth, they were forced into hard labour in the convent for three years. But worst of all was that the young women were expected to raise their babies during these three years so that they could then be sold - given up for adoption in exchange for a donation to the nuns.

Shocked by the nuns' inhumane treatment of the frightened young women, June risked her job to bring some light into their dark lives. June's memoir tells the story of twelve women's experiences in this home and of the hardships they endured, but also the kindness she offered them, and the hope she was able to bring. 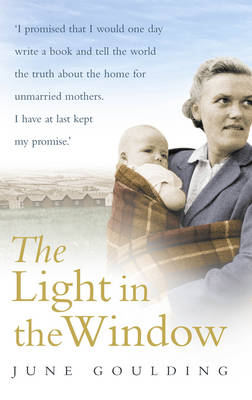 Paperback
The Light In the Window also appears in these Categories:

Crimson and Gold: Life as a Limerick
Mark Patrick Hederman
€19.99