The Mysteries of Udolpho

With its insightful portrayals of her protagonist's inner life, Ann Radcliffe's The Mysteries of Udolpho was a hugely influential work of early Gothic horror. This Penguin Classics edition is edited with an introduction and notes by Jacqueline Howard. Emily St Aubert lives with her loving, enlightened parents in exquisitely happy rural isolation. But when she is tragically orphaned, the beautiful young woman is thrown on the mercy of her heartless aunt's sinister new husband. The villainous Signor Montoni has designs upon his wife's fortune, and that of her niece, and imprisons them in the gloomy medieval castle Udolpho. Separated from her beloved Valancourt, Emily must cope with torments of wild imaginings and terrors, as ghostly omens and attempts upon her virtue and life threaten to overwhelm her. One of the most popular novels of its time, The Mysteries of Udolpho continues to grip readers with its vivid characters, its sublime Alpine settings and its dramatic sense of suspense and danger. In her introduction, Jacqueline Howard discusses the novel's huge success when it was first published, its place as a groundbreaking work of the Gothic genre, and Radcliffe's imaginative use of history, poetry, landscape and the supernatural. This edition also includes further reading, a chronology, and notes. Ann Radcliffe (1764-1823) was the leading exponent of Gothic fiction. During her lifetime she published five novels including A Sicilian Romance (1790), The Mysteries of Udolpho (1794) and The Italian (1797), as well as a collection of European travel writings. Her novels were immensely popular, and much imitated. If you enjoyed The Mysteries of Udolpho, you might like Edgar Allen Poe's The Fall of the House of Usher and Other Writings, also available in Penguin Classics. 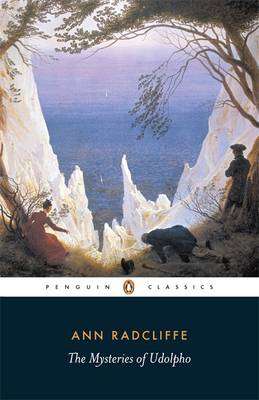 Paperback
The Mysteries of Udolpho also appears in these Categories: