The Natural History of Ireland: by Philip O'Sullivan Beare: 2020

O'Sullivan Beare wrote the Zoilomastix in order to refute the Topographia Hiberniae of Giraldus Cambrensis, which was very derogatory of Ireland and the Irish people. The Topograhia was still the accepted text on Ireland in the seventeenth century which angered Philip O'Sullivan as it contained so many inaccuracies in its description of Ireland. Book One of the Zoilomastix highlights his reaction to these propagandist texts denigrating Ireland and comments on the natural habitat and features, such as rivers, plants, animals, fish and birds, of Ireland. Species listed are named in four languages, including Irish. An introduction by Denis O'Sullivan gives an overall history of the O'Sullivans and Philip in particular. This book has never been translated into English before, thus making this a unique publication. This translation is both faithful to the original and accessible to the general reader. The ability to deal with a complex, multilingual manuscript of this kind is now rare and it is to the credit of Dr O'Sullivan that this is such a readable edition of the text. This translation constitutes an important contribution to scholarship pertaining to O'Sullivan Beare, early modern Irish Latin literature and Irish history in general and will be of interest to historians of science as well as the broad group of historians of early modern Ireland and the connections with Europe of the time. 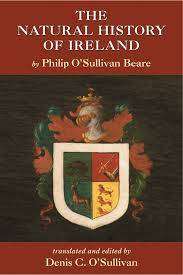 24.5% offPaperback
The Natural History of Ireland: by Philip O'Sullivan Beare: 2020 also appears in these Categories: