The Reinvention of Humanity

The Reinvention of Humanity tells the story of a small circle of renegade scientist-explorers who changed something profound: what it means to be normal. In the early twentieth century, these pioneering anthropologists, most of them women, made intrepid journeys that overturned our assumptions about race, sexuality, gender and the nature of human diversity. From the Arctic to the South Pacific, from Haiti to Japan, they immersed themselves in distant or isolated communities, where they observed and documented radically different approaches to love and child-rearing, family structure and the relationship between women and men. With this evidence they were able to challenge the era's scientific consensus - and deep-rooted Western belief - that intelligence, ability and character are determined by a person's race or sex, and show that the roles people play in society are shaped in fact according to the immense variety of human cultures. Theirs were boundary-breaking lives, filled with scandal, romance, rivalry and tragedy. Those of Margaret Mead and her essential partner Ruth Benedict resulted in fame and notoriety. Those of Native American activist Ella Deloria and the African-American writer and ethnographer Zora Neale Hurston ended in poverty and obscurity; here their achievements are brought fully into the light for the first time. All were outsiders, including the controversial founder of their field, the wild-haired professor, German immigrant and revolutionary thinker, Franz Boas. The Reinvention of Humanity takes us on their globe-spanning adventures and shows how, together, these courageous and unconventional people created the moral universe we inhabit today. 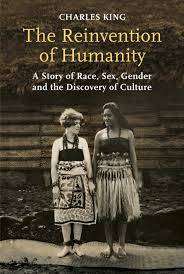 2.5% offTrade Paperback
The Reinvention of Humanity also appears in these Categories:

2.5% off
The Gravediggers: The Last Winter of the Weimar Republic
Hauke Friederichs
€30.10