The Retreat of the Elephants: An Environmental History of China

This is the first environmental history of China during the three thousand years for which there are written records. It is also a treasure trove of literary, political, aesthetic, scientific, and religious sources, that allow the reader direct access to the views and feelings of the Chinese people towards their environment and their landscape. Elvin chronicles the spread of the Chinese style of farming that eliminated the habitat of the elephants that populated the country alongside much of its original wildlife; the destruction of most of the forests; the impact of war on the environmental transformation of the landscape; and the reengineering of the countryside through water-control systems, some of gigantic size. He documents the histories of three contrasting localities within China to show how ecological dynamics defined the lives of the inhabitants. And he shows that China in the eighteenth century, on the eve of the modern era, was probably more environmentally degraded than northwestern Europe around this time. 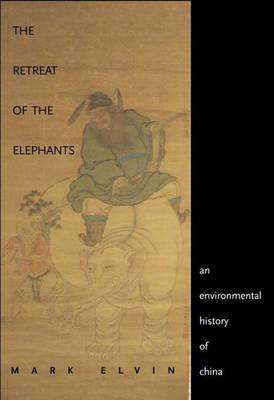 Paperback
The Retreat of the Elephants: An Environmental History of China also appears in these Categories:

Sacred Places: Where to find wonder in the world
Clare Gogerty
€24.10

How Zoologists Organize Things: The Art of Classification
David Bainbridge
€24.10

Physics: From Natural Philosophy to the Enigma of Dark Matter
€8.40

A Dictionary of Biology
Robert Hine
€15.85

A Dictionary of Physics
Richard Rennie
€15.45

A Dictionary of Science
Jonathan Law
€15.85