The Shrine of Jeffrey Dahmer

________________________________________ AN UNSPEAKABLE CRIME When he was arrested in July 1991, Jeffrey Dahmer had a severed head in the refrigerator, two more in the freezer, two skulls and a skeleton in a filing cabinet. A DEPRIVED ACT But if anything could be more disturbing than the brute horror of this scene, it was the evidence that Dahmer had been using these human remains not only for sexual gratification, but as part of a dark ritual of his own devising -- to furnish a shrine to himself. A KILLER, BEYOND OUR UNDERSTANDING ________________________________________ The Shrine of Jeffrey Dahmer offers a chilling insight into the mind of a serial killer and reveals the horrors within. Perfect for fans of Making a Murderer, Mindhunter and The Ted Bundy Tapes, this is a gripping and gruesome read that delves into the mind of a murder and what possesses someone to kill. PRAISE FOR THE SHRINE OF JEFFREY DAHMER: 'Irresistible. . . . It's subject is terrible and repellent. But the study itself is enlightening' Independent 'Unputdownable' Patricia Highsmith 'The persuasive account of a young man spiraling into unspeakable insanity . . . fascinating' Daily Telegraph 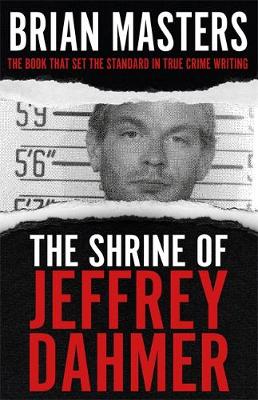 Paperback
The Shrine of Jeffrey Dahmer also appears in these Categories: