The Trapdoor Mysteries: The Lost Treasure

The final book in The Trapdoor Mysteries, a series about Tally, a code-breaking, animal-loving girl and her best friend, a squirrel named Squill, who solve mysteries with the help of a secret library... Tally was once a servant girl at Mollett Manor - as well as the Secret Keeper of the magical library hidden underneath the manor's grounds. Along with Squill the squirrel, she used the enchanted books in the library to solve crimes. Then Tally finds out a secret about her past, her entire life changes. Suddenly she's travelling aboard a huge ship on her way to New York to try and find her mother. When valuable items go missing from passengers' cabins on the ship, everyone expects Tally to be able to catch the culprit. But will Tally be able to solve the mystery without the magic of the Secret Library? 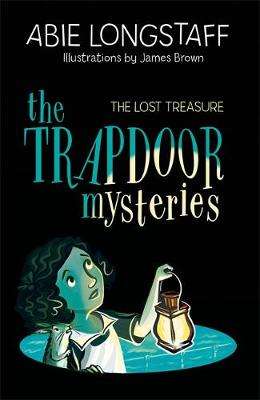 Paperback
The Trapdoor Mysteries: The Lost Treasure also appears in these Categories:

Mirabelle Gets up to Mischief
Harriet Muncaster
€7.50

To Liberty! The Adventures of Thomas-Alexandre Dumas: A Bloomsbury Reader
Catherine Johnson
€8.75

My Friend the Alien: A Bloomsbury Reader
Zanib Mian
€8.75

Do Not Disturb the Dragons
Michelle Robinson
€7.50

The Princess in Black and the Bathtime Battle
Shannon Hale
€7.50

Monsters on a Plane
Zanna Davidson
€6.25