The Utopians: Six Attempts to Build the Perfect Society

'Neima's book, impeccably researched and beautifully written, will be an inspiration for anyone looking to an alternative future today.' - Stella Tillyard, author of Aristocrats and The Great Level 'Deeply interesting and a pleasure to read, The Utopians illuminates the history of "social dreaming" at a time when it has never been more needed.' - Alison Light, author of A Radical Romance, Common People and Mrs. Woolf and the Servants The Utopians is the remarkable story of six experimental communities - Santiniketan-Sriniketan in India, Dartington Hall in England, Atarashiki Mura in Japan, the Institute for the Harmonious Development of Man in France, the Bruderhof in Germany and Trabuco College in America - that sprang up in the aftermath of the First World War. Each was led by charismatic figures who dreamed of a new way of living. Rabindranath Tagore, Dorothy and Leonard Elmhirst, Mushanokoji Saneatsu, G. I. Gurdjieff, Eberhard and Emmy Arnold and Gerald Heard all struggled to turn ambitious ideals into reality. They - and their fellow communards - left their jobs, their homes and their social circles. They faced mockery and persecution, penury, hunger and discomfort, and their own doubts about whether their efforts to change society would ever make a difference. Anna Neima's absorbing and vivid account of these collectives, from creation to collapse, reveals them to be full of eccentric characters, outlandish lifestyles and unchecked idealism. They were dramatic, fractious places where high ideals collided with the need to feed the chickens, clean the toilets, bring up squabbling children and grow the grain for the daily bread. These communities were small in scale and dismissed in their time. Yet, a century later, their influence still resonates in realms as disparate as progressive education, environmentalism, medical research and mindfulness training. They provided, and continue to provide, a rich store of inspiration for those who aspire to improve the world. Without them, the post-war world would have been a poorer place. 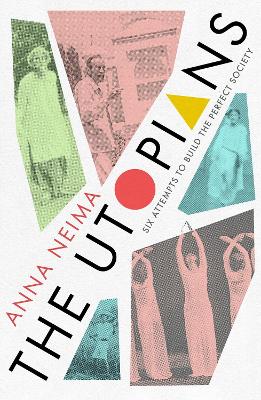 Hardback
The Utopians: Six Attempts to Build the Perfect Society also appears in these Categories:

How to Have Meaningful Relationships
Emma Power
Paperback
€12.20

Letters To My Weird Sisters: On Autism and Feminism
Joanne Limburg
Hardback
€18.30

The Year of the End: A Memoir of Marriage, Truth and Fiction
Anne Theroux
Hardback
€15.85

Love People, Use Things: Because the Opposite Never Works
Joshua Fields Millburn
Hardback
€24.40

The Joy of Modern Calligraphy: A Guide to the Art of Beautiful Writing
Joyce Lee
Hardback
€19.50

After the Apocalypse: America's Role in a World Transformed
Andrew Bacevich
Hardback
€25.60