The Whole Truth by David Baldacci is a terrifying global thriller that delivers all the twists and turns, emotional drama, unforgettable characters and can't-put-it-down pacing that Baldacci fans expect  and still goes beyond anything hes written before.

Nicolas Creel is a man on a mission. As the head of a major arms vendor, he is plotting a ruthless plan to supercharge his companys profits by triggering a new cold war  and he wont let anyone stand in his way.

Meet Shaw, a man with no first name: a shadow operative working for a multinational organization that seeks to keep the world safe from men like Creel.

Desperate to rebuild her disgraced reputation and rise to the top of her profession, Katie James gets the break of a lifetime when she finds herself on the same path as the mysterious Shaw.

Drawn into stopping Creels terrifying plans, Shaw and James face a catastrophic threat that could change the world as we know it . . . 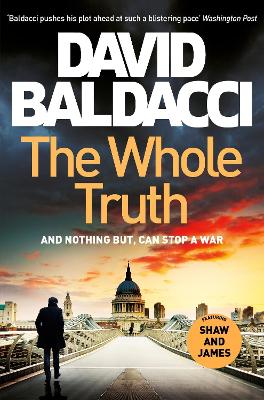 Paperback
The Whole Truth also appears in these Categories: