In this funny and poignant memoir and cultural history, the television personality, columnist, and author of Drag pays homage to Lou Reed's groundbreaking album Transformer on its fiftieth anniversary and recalls its influence on his coming of age and coming out through glam rock. In November 1972, Lou Reed released his album, Transformer because he thought it was "dreary for gay people to have to listen to straight people's love songs." That groundbreaking idea echoed with the times. That same year, Sweden was the first country to legalize gender-affirming surgery, and San Francisco struck down employment discrimination based on sexual orientation. Sometimes an artistic creation perfectly aligns with a broader social and political history, and Transformer-with the songs "Walk on the Wild Side," "Perfect Day," and "Vicious"-perfectly captured its time. "Walk on the Wild Side" was banned on radio across the country but became a massive hit when young people threatened to boycott stations that would not play it. The album's cover featured a high-contrast image of Lou, flaunting a new mascara'd glamrock incarnation, shot by legend Mick Rock, thereby underscoring his intention to create "a gay album." In Transformer, Doonan tells the story of how Lou Reed came to make the album with the help of David Bowie, and places its creation within the course of Reed's life. Doonan offers first-hand testimony of the album's impact on the LGBTQ+ community, recalling how it transformed his own life as a 20-year-old working class kid from Reading, England, who had just discovered the joys of London Glam Rock and was sparked by the artistic freedom of Warhol's The Factory. Transformer was a revelation-hearing Reed's songs, Doonan understood how the world was changing for him and his friends. A poignant, personal addition to modern music and LGBTQ+ history, Transformer captures a pivotal moment when those long silenced were finally given a voice. As transgender icon Candy Darling, highlighted in his lyrics, told Reed, "It's so nice to hear ourselves." Transformer includes approximatively 16 pages of black-and-white and color photos. 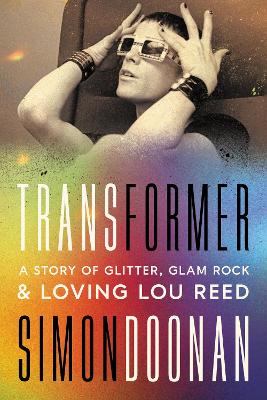 Prince: All the Songs: The Story Behind Every Track
Benoit Clerc
Hardback
€62.50

6% off
Elizabeth Taylor: The Grit and Glamour of an Icon
Kate Andersen Brower
Trade Paperback
€19.99

How to Calm Your Mind: Finding Peace and Productivity in Anxious Times
Chris Bailey
Hardback
€23.75

20% off
The Trials of Life: A Natural History of Animal Behaviour
David Attenborough
Trade Paperback
€16.99

15% off
Whatever Next?: Lessons from an Unexpected Life
Anne Glenconner
Trade Paperback
€15.99

20% off
Leonard Cohen, Untold Stories: That's How the Light Gets In, Volume 3
Michael Posner
Hardback
€24.99