Travellers in the Third Reich: The Rise of Fascism Through the Eyes of Everyday

One of the Daily Telegraph's Best Books of 2017; A Guardian `Readers' Choice' Best Book of 2017; Without the benefit of hindsight, how do you interpret what's right in front of your eyes?; The events that took place in Germany between 1919 and 1945 were dramatic and terrible but there were also moments of confusion, of doubt - of hope. How easy was it to know what was actually going on, to grasp the essence of National Socialism, to remain untouched by the propaganda or predict the Holocaust?; Travellers in the Third Reich is an extraordinary history of the rise of the Nazis based on fascinating first-hand accounts, drawing together a multitude of voices and stories, including students, politicians, musicians, diplomats, schoolchildren, communists, scholars, athletes, poets, journalists, fascists, artists, tourists, even celebrities like Charles Lindbergh and Samuel Beckett. Their experiences create a remarkable three-dimensional picture of Germany under Hitler - one so palpable that the reader will feel, hear, even breathe the atmosphere.; These are the accidental eyewitnesses to history. Disturbing, absurd, moving, and ranging from the deeply trivial to the deeply tragic, their tales give a fresh insight into the complexities of the Third Reich, its paradoxes and its ultimate destruction. 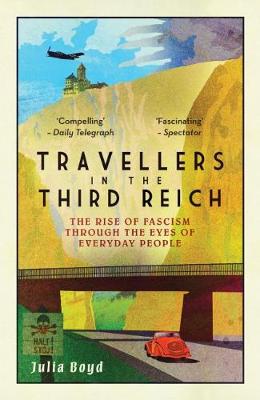 Paperback
Travellers in the Third Reich: The Rise of Fascism Through the Eyes of Everyday also appears in these Categories:

9% off
Queens of the Age of Chivalry
Alison Weir
Trade Paperback
€16.99