Two Tribes: Liverpool, Everton and a City on the Brink

Cup Final Day, 1986, and the eyes of the world are on Liverpool and Everton. The two best teams in Europe are about to engage in a gladiatorial battle at Wembley. But this no ordinary cup final. On this warm May day, the future of English football - and a city's reputation - is on the line. A year before this momentous final, Liverpool fans had been involved in the Heysel disaster - a tragedy which cast a long, dark shadow over the sport. With English clubs banned from Continental competition, football reached its lowest point. Set against a backdrop of social and political turmoil and the burgeoning anti-establishment vibe on the streets, Tony Evans's Two Tribes vividly recalls the tumultuous 1985-86 season and the titanic struggle for supremacy between two great Merseyside clubs. Giving voice to players, managers, politicians and musicians, it follows the remarkable twists and turns of an exceptional era. It is also the story of Liverpool's renaissance and Everton's private agony, masked by a show of solidarity and communal spirit on the day, and how a season which began in shame ended in pride. 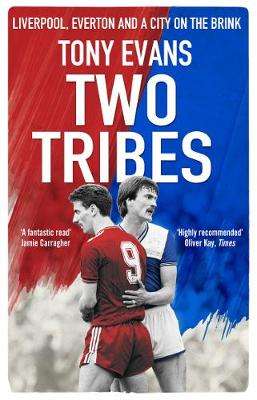 Paperback
Two Tribes: Liverpool, Everton and a City on the Brink also appears in these Categories: