Ultimate Evil: The Search for the Sons of Sam

On August 10, 1977, the NYPD arrested David Berkowitz for the Son of Sam murders that had terrorized New York City for over a year. Berkowitz confessed to shooting sixteen people and killing six with a .44 caliber Bulldog revolver, and the case was officially closed. Journalist Maury Terry was suspicious of Berkowitz s confession. Spurred by conflicting witness descriptions of the killer and by the Queens District Attorney, who was convinced Berkowitz didn t act alone, Terry spent decades researching, gathering evidence, and interviewing those involved in the case. He released his initial findings in the original publication of The Ultimate Evil in 1987, in which he presented his theory that Berkowitz was a member of the Process Church of the Final Judgment, a cult responsible for the Son of Sam murders, as well as other ritual murders across the country. After Terry s death in 2015, documentary filmmaker Josh Zeman (Cropsey, The Killing Season, Murder Mountain) followed leads Terry left for him, which form the basis of his upcoming docuseries with Netflix and a companion podcast. Taken together with The Ultimate Evil, which includes a new introduction by Zeman, these works reveal the stunning intersections of power, wealth, privilege, and evil in America from the Summer of Sam until today. 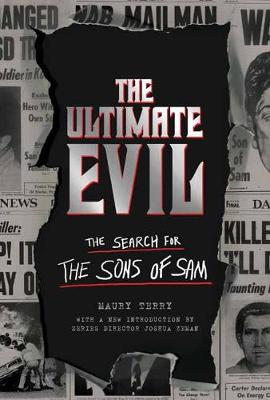 Paperback
Ultimate Evil: The Search for the Sons of Sam also appears in these Categories: