Portraiture is one of the oldest and most studied genres of art. While most scholars will look at a painting's composition, style, and themes, often questions remain unanswered-who were these people and why were they painted? This entertaining book reveals the identities and lives of some of the most famous characters that populate art history-from the Renaissance to the 21st century. Readers will learn how the fifteen-year-old subject of da Vinci's Lady with an Ermine nearly destroyed a marriage; that van Dyck's depiction of Prudence in wild clothes is actually one of the most controversial aristocrats of the seventeenth century; and that Francis Bacon's character George Dyer was a man he met in a Soho nightclub. These and other stories behind works by Picasso, Klimt, Rubens, Warhol, and dozens of other artists show how portraiture remains one of the most enthralling genres. Based on art scholarship and conveyed in an accessible tone, these fascinating tales of power, lust, intrigue, jealousy, vengeance, and romance will help readers understand masterpieces of art history in an entirely new light. 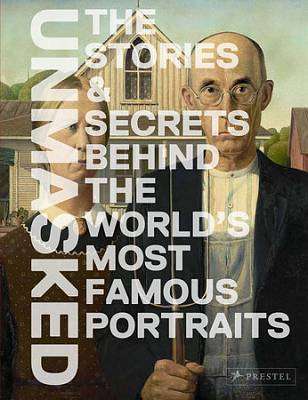 Hardback
Unmasked: The Remarkable Stories Behind Famous Portraits also appears in these Categories:

Lartigue: The Boy and the Belle Epoque
Louise Baring
€34.99