Walking the Camino dos Faros: The Way of the Lighthouses on Spain's Galician coa

This guidebook explores the Camino dos Faros (the Way of the Lighthouses), a 200km hike around the remote northwest corner of Spain. Starting in the old whaling town of Malpica and ending in Fisterra (Spain's Land's End), the eight day hike along the Costa da Morte follows a path that sticks limpet-like to the Atlantic coast. It's a spectacular walk along dramatic cliffs and around deep, verdant river estuaries, exploring the rich Galician culture and history. With stages between 18 and 29km per day, this is a hike suitable for walkers willing to undertake reasonably long days and the occasional scramble up and down beach paths. The guide provides in-depth descriptions of the route alongside clear mapping to aid navigation. It includes practical information for both before and during your trip, and details about wildlife and historic sites along the walk. In the back of the guide are a series of appendices listing accommodation, main Galician festivals, and useful contacts. The Camino dos Faros follows the wild coast of the Costa da Morte, which is battered by storms racing in from the Atlantic. For shipping it is one of the world's most dangerous coastlines and its ominous name meaning 'the coast of death' is well deserved. 'Dos Faros' refers to a series of beautifully located lighthouses that attempt to warn sailors of the perils that await them. The sea has shaped the landscape and the Galician culture, and the locally caught seafood including razor clams and percebes should not be missed. 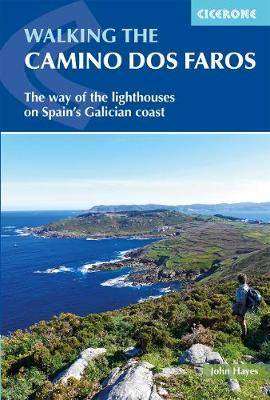 Paperback
Walking the Camino dos Faros: The Way of the Lighthouses on Spain's Galician coa also appears in these Categories:

A Chip Shop in Poznan: My Unlikely Year in Poland
Ben Aitken
€12.50

Concise World Atlas: An Encyclopedia in an Atlas
DK
€22.50