Founded in 1795, Maynooth College has a singular place in the history of the Irish Church, and indeed the Catholic Church globally. Its beginning was as a small seminary of thirty students and ten professors, most of whom were fleeing the ravages of the French Revolution.

It has been the subject of riots in the streets of London and has played host to kings and popes. Its buildings have created one of the loveliest of university campuses and its chapel is among the highest free- standing structures in Ireland. It expanded rapidly, becoming a Pontifical University, a constituent college of the National University of Ireland and, at one time, the largest seminary in world. It has educated many thousands of students and led the way in many branches of the arts and sciences.

But, beyond that, for its large number of alumni, found across all sectors of society internationally, it is a tapestry of rich memories. This book is a contribution to this rich tapestry. It is a compilation of pen pictures, personal reminiscences and sketches on aspects of the colleges life and history. The contributors have all been associated with Maynooth in many different spheres, either as students or staff, and in many cases both. Some have offered images of their time at Maynooth; others, portraits of characters and personalities they encountered there.

These pages are part history, part folk history, part aide-mémoire. For some, it will be an introduction to a place they have heard about but never known. For others, it will be a reminder of their time in the college, evoking memories of their own story and the stories of those who journeyed with them. For everyone, it will open up this historic centre of learning and tell the tales of those who walked its Pugin-designed buildings. 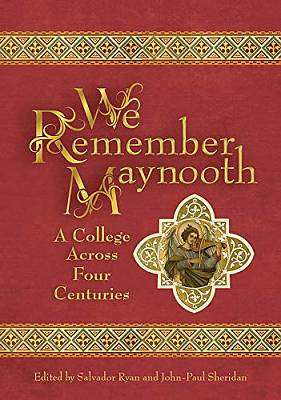 Paperback
We Remember Maynooth also appears in these Categories: