We Still Have Words

Georges Salines lost his daughter Lola in the attack on the Bataclan Theatre in Paris on 13th November 2015. Azdyne Amimour lost his son. Both were aged 28. Lola was one of the 90 victims, Amimour's son one of the attackers. From his meeting with Azdyne Amimour, an unprecedented dialogue emerged. Georges Salines carries the memory of his daughter and many other victims, while Azdyne Amimour seeks to understand how his son was able to commit acts which he condemns without appeal. Driven by mutual curiosity, the two tell their stories and unfold the story of 'their' 13th November. In the course of this conversation, a deep respect was born between these two fathers whom everything should nevertheless have opposed. Their testimony feeds a peaceful reflection on radicalization, education and mourning. Because if there are words left, there is also hope. 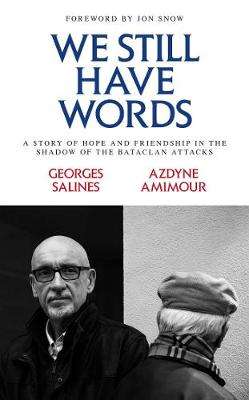 Hardback
We Still Have Words also appears in these Categories: