Who Stole My Spear? How To Be A Man In The 21st Century

Of the 200,000 years homo sapiens has been wandering this planet, this has to be the most absurd and challenging time to be a man...How can you hunt and gather in an open-plan office? Is monogamy fighting a losing battle against testes size? Why do men make up 95 per cent of FTSE CEOs yet 95 per cent of the prison population? Trapped in bodies barely changed since caveman days, males are now contending with corporate culture, lifelong commitment, rampant depression and crazy expectations to be a success at work and home. Enter award-winning BBC broadcaster and journalist Tim Samuels with Who Stole My Spear? - which stops at nothing to explore how men should actually be living these days. From relationships, religion, and the rise of ISIS, to porn, fatherhood and the oppression of office life. Nothing is taboo: Is it less serious when a man has an affair? Why don't new parents want boys? Who Stole My Spear? is an inspiring rallying call for men and 'good masculinity' which cannot be ignored - that will leave you rethinking much about life's big questions. And for women who wonder what's on a man's mind, this is the book that offers the entertainingly explosive answer. 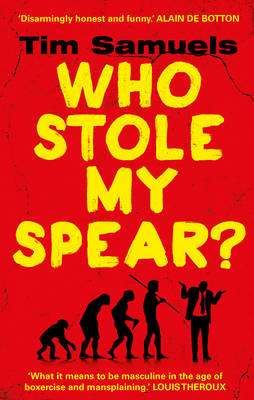 3.5% offPaperback
Who Stole My Spear? How To Be A Man In The 21st Century also appears in these Categories:

The Moment of Lift: How Empowering Women Changes the World
Melinda Gates
€12.50