Wrapping stories within stories, Rian Hughes' XX unleashes the full narrative potential of graphic design. It uses the visual culture of the twenty-first century to ask us who we think we are - and where we may be headed next. At Jodrell Bank Observatory a mysterious signal of extraterrestrial origin has been detected. Jack Fenwick, artificial intelligence expert and on the autistic spectrum, thinks he can decode it. But when he and his associates at tech startup Intelligencia find a way to step into the alien realm the signal encodes, they discover that it's already occupied - by ghostly entities that may come from our own past. Have these 'DMEn' (Digital Memetic Entities) been created by persons unknown for just such an eventuality? Are they our first line of defence in a coming war, not for territory, but for our minds? Including transcripts from NASA debriefs, newspaper and magazine articles, fictitious Wikipedia pages, a seventeenth-century treatise called Cometographia by Johannis Hevelius, and a spread on the so far undeciphered written language of Easter Island, Rongorongo, from a book called Language Lost: Undeciphered Scripts of the Ancient World. There is no book quite like this. The battle for your mind has already begun. 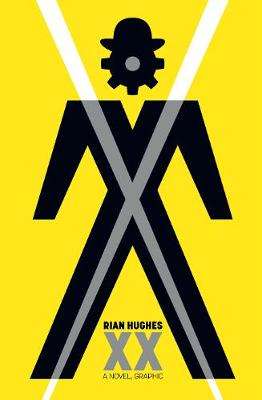 Hardback
XX: A Novel, Graphic also appears in these Categories: