A Confederacy of Dunces

'My favourite book of all time... it stays with you long after you have read it - for your whole life, in fact' Billy Connolly A monument to sloth, rant and contempt, a behemoth of fat, flatulence and furious suspicion of anything modern - this is Ignatius J. Reilly of New Orleans, noble crusader against a world of dunces. The ordinary folk of New Orleans seem to think he is unhinged. Ignatius ignores them, heaving his vast bulk through the city's fleshpots in a noble crusade against vice, modernity and ignorance. But his momma has a nasty surprise in store for him: Ignatius must get a job. Undaunted, he uses his new-found employment to further his mission - and now he has a pirate costume and a hot-dog cart to do it with... Never published during his lifetime, John Kennedy Toole's hilarious satire, A Confederacy of Dunces is a Don Quixote for the modern age, and this Penguin Modern Classics edition includes a foreword by Walker Percy. 'A pungent work of slapstick, satire and intellectual incongruities ... it is nothing less than a grand comic fugue' The New York Times 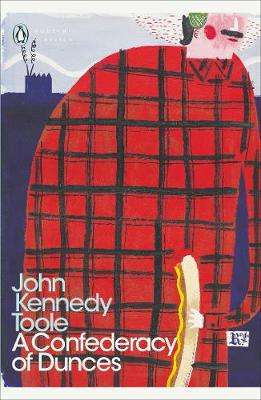 Paperback
A Confederacy of Dunces also appears in these Categories:

Everything in this Country Must
Colum McCann