Serving our customers since 1902

O’Mahony’s over the years

A Word from the Owner

Well, here we are after 119 years in the business of selling books and while some of the staff are planning our 120-year anniversary celebration at 120 O’Connell Street, I am here planning what kind of party we should have to celebrate our two hundredth anniversary. You can never be too well prepared for these things!

My grandfather J.P. O'Mahony started the business in 1902. It seems his feathers were a bit ruffled when he was not made general manager of Cannock's; a very large department store in Limerick. He had even gone to the bother of marrying my grandmother Marguerite Winifred Clery, the niece of M.J. Clery, the man who at a certain stage in his life owned Cannock’s in Limerick as well as the well- known Clery’s Department Store in Dublin. He was also a business partner of Peter Tate in Limerick, making uniforms for soldiers in the American Civil war. Most people have heard of Cannocks, or, at least, its famous clock. It sadly closed its doors for the final time a few years ago. 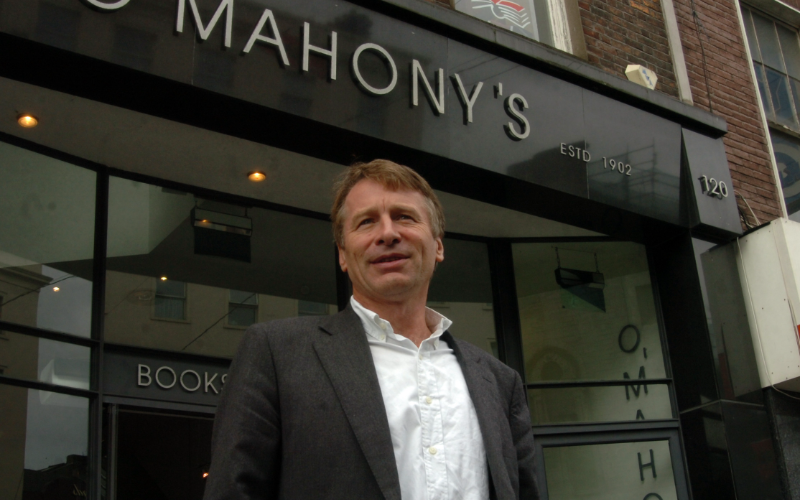 However, having some shares in Cannock’s was not enough to stop my grandfather from getting his sought-after position. So off he went and opened a bookshop in 1902, putting to use all the skills he had acquired as a manager of Cannock’s haberdashery department. We think he started with three staff, no cat and a shop of about 550 square feet- quite small really. My father Frank (F.E.) joined the company around 1918 on the back of what was presumably a hugely triumphant Leaving Certificate, although I do not have his results to hand.

Having successfully traded through The First World War, the company had little time to breathe before having to trade through the Emergency 21 years later, which posed a lot of supply issues. We survived. Around 1960, my father called in the bulldozers to excavate a large basement to facilitate the growing schoolbook business. Many of Limerick's more mature citizens will remember long queues down the stairs with dubious affection (thankfully no Health and Safety rules then, but strangely enough not one casualty...). For those of you now experiencing the wonders of next day delivery, let me inform you that until the late 70's, Dublin publishers would send their schoolbook deliveries by rail to Limerick and order time to delivery took four weeks.

Another major building job was completed in 1971, allowing us the space to create a new bespoke library supply department, as we had been supplying libraries for over 40 years at that stage. By 1973, the year I started working full-time, we had 26 employees in a shop of about 5,000 square feet. My brother David joined in 1976 and together we ran the company until 2018 when he retired and left me to carry the can! During that time, we bought (and sold) a warehouse type store in Thomas St. Limerick in the late '70s to cater for increased countrywide demand for schoolbooks, while also buying and selling in the '80s a store in Lower Shannon St. Limerick called The Mind Alive Centre. It was our vision to combine schoolbooks with educational toys but the growth of Smyth's Toys Stores and our increased dependence on books led us away from the general toy business.

We brought everything back to 120 O'Connell St. after completing three large building jobs in the '80s and '90s that involved multiple bulldozers and the careful removal of 90% of the back wall of a Georgian building. This work won a major RIAI Architectural Award for us (and the architect Eamon Matthews) in 1997. By then we were one of the largest independently owned bookshops in the country and also the largest library and schoolbook suppliers; titles we are proud to still hold to this day.

So today we have five stores, the largest of which is at 120 O'Connell St. Limerick – covering nearly 16,000 square feet of retail space. We also have a warehouse for bulk schoolbook supply. Our flagship store at O’Connell Street is renowned for book launches, author signings and children’s events as well as its massive stock. We have an enviable list of authors who have visited our store including Gay Byrne, Jacqueline Wilson, Lorna Byrne, Neven Maguire and John Connolly along with numerous sporting personalities such as Paul O’Connell, Katie Taylor, Andy Lee, Anthony Foley and Ruby Walsh. Have a look at our author photo gallery.... O’Mahony’s is more than just a bookshop, and it’s touching to have so many regular customers visiting our shop. We are fortunate to have not just loyal customers but a cohort of dedicated, long serving staff who bring a wealth of knowledge and personality to our shops. 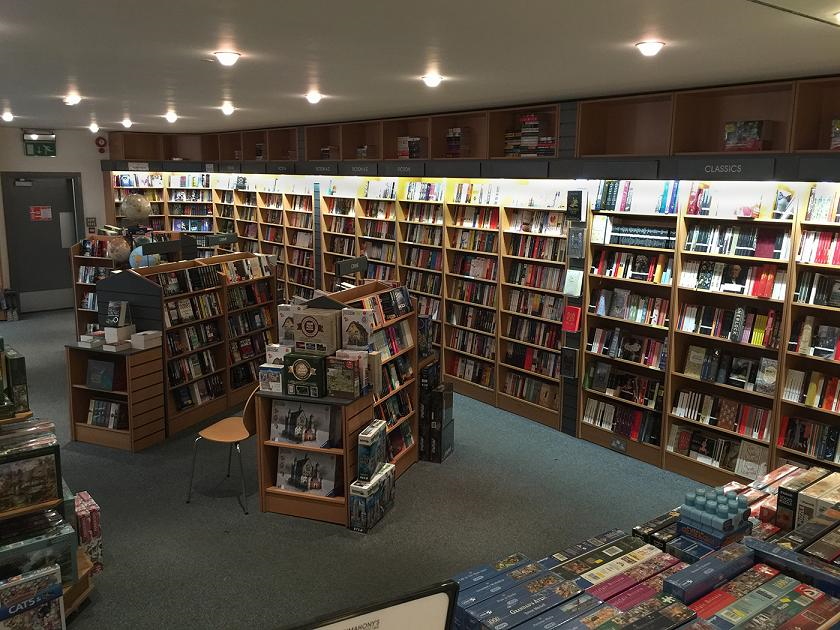 We employ between eighty and one hundred and twenty people, depending on seasonal trends. In 2010, we decided to enter into competition with an Amazonian giant, launching our own website which has 100,000 plus products over 350 categories, making it one of the largest independently-owned Irish websites. Our technology is overseen by another O’Mahony brother, Peter - (nothing like keeping it in the family!)-who has taken us from paper and pen into the 21st century. Our online sales have gone from strength to strength and have sustained us through the current pandemic situation. Most days of the year orders received before 1pm are sitting in a delivery van by 4pm the same day. We pride ourselves on the quality of our service, the advice of our well-read staff, and range of products from the all-essential books to sustainable coffee cups! Our life is made a tad more difficult because we actually have to pay tax on our income when it seems that the biggest player in the field works a bit differently. We just hope this situation gets sorted because it would be a shame to end up with no physical bookshops on our streets. We do think that reading and browsing bookshelves is really important.

That's the history in a large nutshell. If the last eighteen months have taught us anything, it is that the future is largely unknown. But some of my (now adult) children are already making plans for the 150th anniversary party in 2052 and the 200th in 2102. I am not sure I'll make that one, but you can think of me! If you have read this far that means that you are well able to read a book, so do come along to any of our shops and experience what we have to offer.

Finally, I would like to thank you, our loyal customers, for your support throughout the years. Without your custom we would not still be here and we look forward to being around for the next few hundred years.

O’Mahony’s pride ourselves in ensuring we have the most diverse range of books in the country.

O’Mahony’s Children’s department is one of the largest and most captivating in Ireland.

O’Mahony’s carry a range of gifts and stationery to compliment and dare we say even outshine our book range.

No stress only success with our range of schoolbooks, stationery and learning resources.