A Poet in the House: Patrick Kavanagh at Priory Grove

Patrick Kavanagh (1904-67) was one of Ireland's foremost poets, best known for 'The Great Hunger' and novel Tarry Flynn. He is also remembered for his cantankerous, sometimes volatile nature, fuelled by alcohol. In Poet Alive!, a memoir by Elizabeth O'Toole, we encounter a new Patrick Kavanagh. In 1961, the poet lived with O'Toole and her husband for six months at a crucial point in his life, and was sober, industrious and, as the accompanying photographs will show, much loved by her children. Until now, no one has been aware of how close Kavanagh was to O'Toole and to her husband, James Davitt Bermingham O'Toole. Born and raised in China, Jim O'Toole was the author of Man Alive, a play about the inner workings of the ESB that created a storm of controversy in 1961. On the first night, Kavanagh told the audience that the press was 'lily-livered'. This was not just 'a local row'. One of the ESB's top executives, Jim O'Donovan, was the IRA leader who negotiated a deal with the Nazis that threatened the existence of the State in 1940. Kavanagh's relationship with O'Donovan and Jim O'Toole's escape from Germany at the outbreak of the war are here revealed for the first time. Amongst many other revelations in the book is a hitherto unknown love affair between the poet and Patricia Avis, the novelist wife of the poet Richard Murphy and lover of Philip Larkin and Conor Cruise O'Brien. Although Elizabeth O'Toole is now ninety-six, her decidedly down-to-earth voice is that of a much younger woman. Her vivid recollections deepen, change and challenge the way we see Patrick Kavanagh. The influence of her book will continue long into the future. 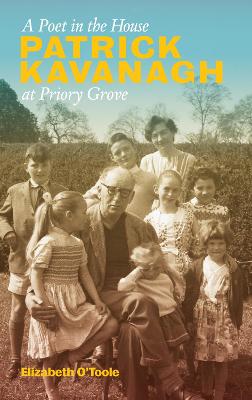 8% offPaperback
A Poet in the House: Patrick Kavanagh at Priory Grove also appears in these Categories:

Search and Rescue: Stories of Irish-air sea rescue and the loss of R116
Lorna Siggins
Paperback
€16.95