A Spy Named Orphan: The Enigma of Donald Maclean

Donald Maclean was a star diplomat, an establishment insider and a keeper of some of the West's greatest secrets. He was also a Russian spy... Codenamed `Orphan' by his Russian recruiter, Maclean was Britain's most gifted traitor. But as he leaked huge amounts of top-secret intelligence, an international code-breaking operation was rapidly closing in on him. Moments before he was unmasked, Maclean escaped to Moscow. Drawing on a wealth of previously classified material, A Spy Named Orphan now tells this story for the first time in full, revealing the character and devastating impact of perhaps the most dangerous Soviet agent of the twentieth century. `Superb' William Boyd `Fascinating... An exceptional story of espionage and betrayal, thrillingly told' Philippe Sands `A cracking story... Impressively researched' Sunday Times 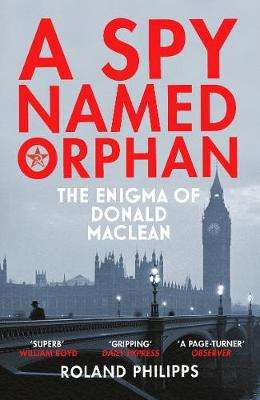 23% offPaperback
A Spy Named Orphan: The Enigma of Donald Maclean also appears in these Categories: