The first volume in his Roads to Freedom trilogy, Jean-Paul Sartre's The Age of Reason is a philosophical novel exploring existentialist notions of freedom, translated by Eric Sutton with an introduction by David Caute in Penguin Modern Classics.

Set in the volatile Paris summer of 1938, The Age of Reason follows two days in the life of Mathieu Delarue, a philosophy teacher, and his circle in the cafes and bars of Montparnasse. Mathieu has so far managed to contain sex and personal freedom in conveniently separate compartments. But now he is in trouble, urgently trying to raise 4,000 francs to procure a safe abortion for his mistress, Marcelle. Beyond all this, filtering an uneasy light on his predicament, rises the distant threat of the coming of the Second World War.

Jean-Paul Sartre (1905-1980) was an iconoclastic French philosopher, novelist, playwright and, widely regarded as the central figure in post-war European culture and political thinking. Sartre famously refused the Nobel Prize for literature in 1964 on the grounds that 'a writer should not allow himself to be turned into an institution'. His most well-known works, all of which are published by Penguin, include The Age of Reason, Nausea and Iron in the Soul. 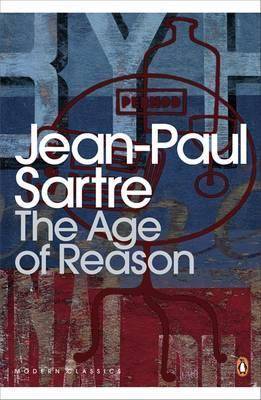 Paperback
AGE OF REASON also appears in these Categories:

The Pursuit of Love: With Love in a Cold Climate and The Blessing
Nancy Mitford
Paperback
€13.55