France and the United States have long shared a special relationship, defined both by occasional puzzlement and endless fascination. Francois Busnel, one of France's most prominent literary critics, seeks to bridge this gap with America, his journal of literature and politics, launched in the wake of the 2016 election and now available to English readers for the first time. In this collection of pieces from the magazine, Alain Mabanckou sketches the outlines of his Los Angeles, where he finds a sense of belonging far from his home country of the Republic of the Congo. Leila Slimani considers the ways #MeToo is shaping a new discourse of consent on college campuses. Philippe Besson travels through the American heartland, driving from Chicago to New Orleans. Featuring interviews with Chimamanda Ngozi Adichie and Louise Erdrich and original work in English by Richard Powers and Colum McCann, America celebrates the enduring relationship between France and the United States and offers a testament to the essential power of literature to unite in times of division. 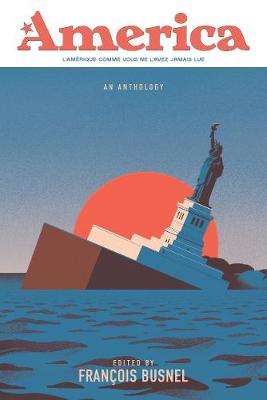 Swim in a Pond in the Rain
George Saunders

The Writer's Library: The Authors You Love on the Books That Changed Their Lives
Nancy Pearl

Far and Away: The Essential A.A. Gill
Adrian Gill