Widely regarded as one of the greatest Irish-language novels of the 20th century, An Beal Bocht is a classic satire in Irish by one of the century's great writers, Myles na gCopaleen/Flann O'Brien/Brian O'Nolan. This extremely funny book, with its rain-sodden peasants of Corca Dorcha who combine pretensions to proficiency in English with true caint na ndaoine in the hope of impressing the insatiable Irish-language enthusiasts, was the proof that the Irish of the Revival had come of age. It earned Flann O'Brien the accolade bestowed upon him by Austin Clarke: `our Gaelic satirist' and is still a useful corrective against the native tendency to take things too seriously. As its subtitle An Milleanach indicates, it satirises Tomas O Criomhthain's famous Blasket autobiography An t-Oileanach as well as other Gaeltacht works like Caisleain Oir by Donegal writer Seamus O Grianna (Maire). 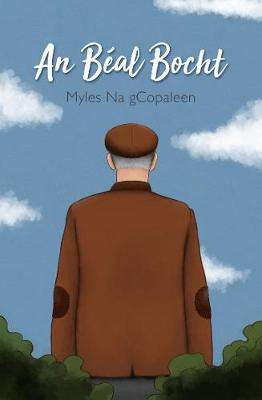 2.5% offPaperback
An Béal Bocht also appears in these Categories: