Tom Crean was the indestructible farmer's son from Kerry who sailed on three major expeditions to the unknown Antarctic a century ago. He was among the few men who served with both Captain Robert Scott and Sir Ernest Shackleton. He spent longer on the ice than either and outlived them both. Everest conqueror, Sir Edmund Hillary said he was a `great man of immense strength and endurance and afraid of very little'. Crean was among the last to see Scott alive a few miles from the Pole in 1912. His astonishing 56km trek to save the life of Lt Evans is the finest act of individual heroism in the history of exploration. He returned to the ice months later to bury Scott. Crean was at the heart of historic events on Shackleton's epic Endurance expedition, which featured the 1,200km open boat journey and the desperate march across the mountains and glaciers of South Georgia to rescue marooned comrades. But Tom Crean returned to Ireland during the War of Independence and would never speak about his exploits, taking his incredible story to the grave - until publication of An Unsung Hero, the biography that unearthed his story and saw him rightfully placed among the annals of the great explorers. This newly illustrated edition of the bestselling classic is a must for anyone with a taste for adventure. 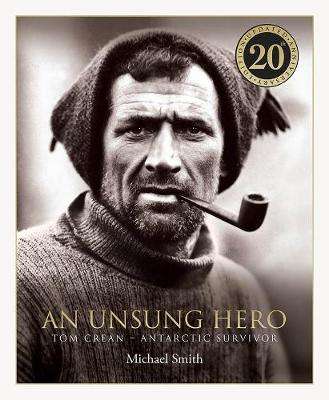 21% off
Behind Closed Doors: Life, Laughs and Football
Gary Lineker
€14.80

20% off
Pride and Passion: My Autobiography
Warren Gatland
€11.00