And Then There Were None

Ten strangers are invited to Soldier Island, an isolated rock off the Devon coast. Cut off from the mainland, with their generous host mysteriously absent, they are each accused of a terrible crime.

Then one of the party dies suddenly, and they realise there may be a murderer in their midst - a murderer who might strike again...and again...

And all the time, copies of a macabre nursery rhyme hang in each room, a nursery rhyme with an omen of death for all ten of them.

'One of the best, most genuinely bewildering Christies' - Observer 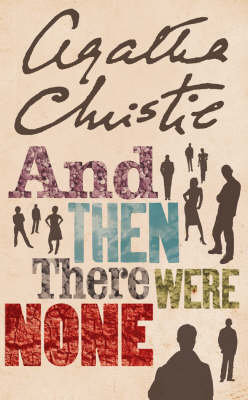 Paperback
And Then There Were None also appears in these Categories:

The Mirror Crack'd from Side to Side
Agatha Christie
Paperback
€11.25