Blondie On Track: Every Album, Every Song

Blondie were one of the most iconic bands of the 1970s with their hits continuing into the 1980s and 1990s. Consisting originally of Debbie Harry, Chris Stein, Clem Burke, Gary Valentine and Jimmy Destri, they gained huge popularity especially in the UK. Over three decades, they had hits with tracks such as 'Denis', 'Dreaming', 'Call Me', 'Heart Of Glass' 'Atomic', 'Rapture', 'The Tide is High' and later in the 1990s, 'Maria'. Blondie first came together at CBGBs, a venue at 315 Bowry in New York which had become the meeting place for people into punk and new wave music. Other regulars who appeared there included Talking Heads, The Ramones, Television, Johnny Thunders and Patti Smith. Their third album 'Parallel Lines' became hugely successful worldwide, boasting four hit singles and has one of the most iconic and instantly recognisable album covers of all time. However, they went on to release a total of eleven studio albums, which this album deals with track by track. However, the band continue to tour today attracting huge audiences including people who appreciated their music originally in the early days, together with new fans who are just discovering their remarkable music for the first time.

Despatched after 25/02/22. A separate order should be placed for this item. If you order this along with other items, your entire order will be held and despatched when complete. 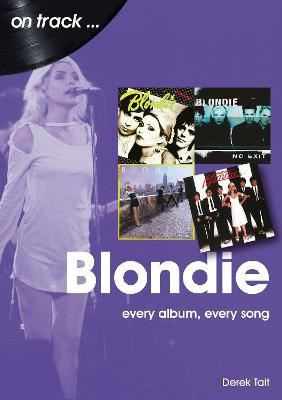 Paperback
Blondie On Track: Every Album, Every Song also appears in these Categories:

What I Wish People Knew About Dementia
Wendy Mitchell
Hardback
€18.75

The Treeline: The Last Forest and the Future of Life on Earth
Ben Rawlence
Trade Paperback
€18.75

A Shot to Save the World
Gregory Zuckerman
Hardback
€24.99

Being You: A New Science of Consciousness
Anil Seth
Hardback
€24.99

The Key Man: How the Global Elite Was Duped by a Capitalist Fairy Tale
Simon Clark
Hardback
€24.99