Blood Upon the Rose: Easter 1916: The Rebellion That Set Ireland Free

The rebellion that set Ireland free, told as a graphic novel. The 1916 Easter Rising was an attempt by a small group of militant Irish republicans to win independence from Britain. It was the most significant rebellion in Ireland. Though a military failure, it set Ireland on the road to freedom from Britain. The book covers the story from the early planning to the final executions and includes the tragic romance between Joseph Plunkett and Grace Gifford. Following on from the success of political graphic novels such as Maus and Persepolis, this is accessible, informative and insightful history at its best. 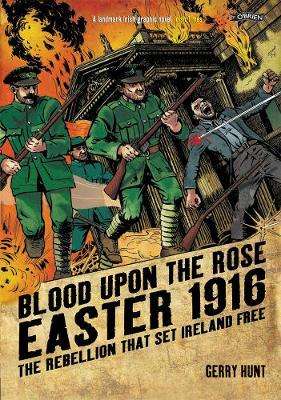 12% offPaperback
Blood Upon the Rose: Easter 1916: The Rebellion That Set Ireland Free also appears in these Categories: