BrainBox Jigsaws combine the game play of BrainBox with the satisfaction of completing a jigsaw puzzle. Each card shows an illustrated picture, with three questions on the back about the image shown. Find a card and talk about the picture with your child. The card is then turned over and ask your child one of the questions. If the child can answer it correctly (turn the card back over to check), they can put the card in place. If they cannot answer the first question, then they can be asked a different question. If more than one child is playing, the next player can be asked the second question. Work through the alphabet in order, taking turns if more than one child is playing, until the jigsaw is complete. Of course, the jigsaw can also be completed in the traditional way, mixing up the pieces, with or without the question element. 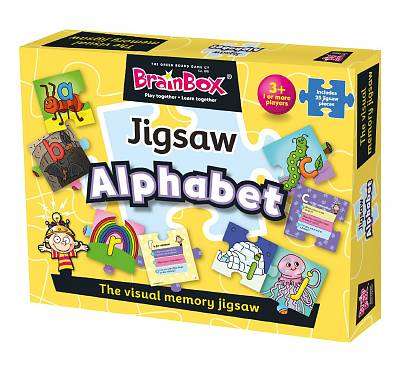