Vermeer language. An accessible voice, full of the colours of his native Limerick. The small and the large are the same size, because nothing is small. In this book Tim Cunningham, one of Ireland's finest poets, steps out of his previous collections as if they were discarded shells, and brings us to new perceptions. Of how poetry can reveal, acknowledge, heal. Everything has its homely touch, as when the poet as a small child hears a reminiscence of the father he does not remember, killed in Italy during the War: 'So, like hot tea from a saucer/ I sipped away at absence, slurped clues/From photos standing to attention/On the wall or on the dresser at their ease...' A grand book in view of its scope and risk-taking; the banal and the hilarious, TV watching and worse; Catholic liturgy at its most damaging and at its most consoling; Limerick under the fists of the British, then under the fists of the Irish politicians and bankers; unexpected associations, as in a poem 'Lifebuoy' which touches upon Bernini, wagtails, ice-cream, rescue, drowning. Throughout the book, the Shannon - 'Lady River' - running as in indifferent and a healing force. Anything, even something rotten, is privileged to come into this man's field of attention. Almost memories, because there seems to be recall not just from after the experience but also from before, as in Wordsworth. So, a 'Daffodils' effect. Poems to reread. A wonderful book - Richard T. Halperin 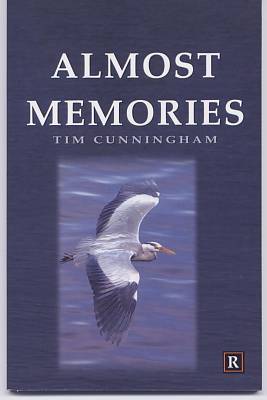 A Lick and a Promise
Imelda May
Hardback
€27.50

As If By Magic: Selected Poems
Paula Meehan
Paperback
€21.10

13% off
Pathogens Love A Patsy: Pandemic and Other Poems
Rita Ann Higgins
Paperback
€12.00

Through The Mist of Time
John Carew
Paperback
€12.00