During her lonely childhood in Shanghai, Adeline Yen Mah wrote adventure stories to escape from her terrible step-mother and cruel siblings. The characters she created often became more real to her than her own family. In Chinese Cinderella and the Secret Dragon Society, Adeline tells the story of Chinese Cinderella, a young girl who, after being thrown out of her home, has no choice but to go out and seek her own destiny.
Soon she meets up with a group of children, all orphaned but each from a different background, who live with an old lady called Grandma Wu. Chinese Cinderella, or CC for short, decides her future after consulting an ancient book which helps to show her the way forward. And her choice takes her on a mission to save the lives of others.
Based on a true-life incident during World War II. CC and the others bravely rescue a group of American pilots whose plane crashed after a bombing raid on Japan. Although her father is looking for her, CC knows that she can never go back to live with her cruel stepmother, and now there is no turning back. 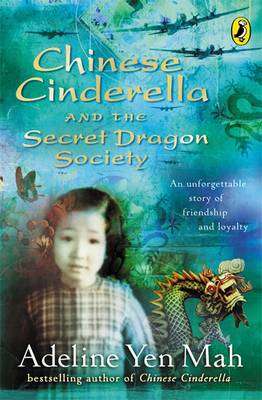 Paperback
Chinese Cinderella and the Secret Dragon Society also appears in these Categories:

Love is for Losers
Wibke Brueggemann
€9.65

The End and Other Beginnings: Stories from the Future
Veronica Roth
€9.65