From desert seduction... ...to carrying the Sheikh's baby! Kasia's thrilling encounter with Prince Raif rocked her to the core. As did his marriage proposal! Yes, she gave him her innocence after his daring desert rescue. Yes, their chemistry was intensely strong. But independent Kasia didn't need or want a husband. She reluctantly fled, thinking she'd never see him again... Weeks later at a lavish party he's right there, looking furious-and dangerously sexy! Kasia can't hide the truth...she's pregnant with his royal heir. And this time it's clear that Raif won't let her go! 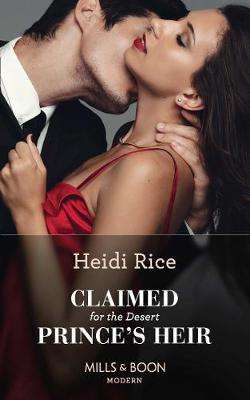