Dive deeper into the history of the Old Kingdom in the brilliant prequel to Garth Nix's astonishingly successful fantasy series. Sixteen-year-old Clariel is not adjusting well to her new life in the city of Belisaere, the capital of the Old Kingdom. She misses roaming freely within the forests of Estwael, and she feels trapped within the stone city walls. It seems, too, that the city itself is descending into chaos, as the ancient rules binding Abhorsen, King and Clayr appear to be disintegrating. With the discovery of a dangerous Free Magic creature loose in the city, Clariel is given the chance both to prove her worth and make her escape. But events spin rapidly out of control. Clariel finds herself more trapped than ever, until help comes from an unlikely source - and at a terrible cost. Clariel must question the motivations and secret hearts of everyone around her - herself most of all. 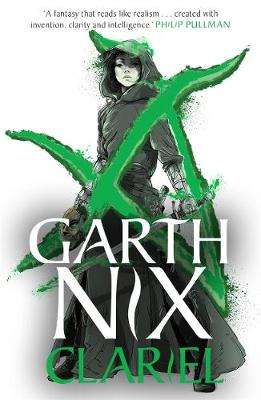 10% off
How the King of Elfhame Learned to Hate Stories (The Folk of the Air series)
Holly Black
€14.09

10% off
The Princess and the Pea
Hans Christian Andersen
€7.56