Crowning His Convenient Princess (Mills & Boon Modern) (Once Upon a Seduction...

From choosing the Prince's bride... To becoming his unexpected Princess! Personal assistant Latika Bakshmi has one job-pick a suitable wife for Playboy Prince Gunnar. He's infuriating, arrogant, and far too handsome, but when shadows from Latika's past return he's the only man who can save her...if he agrees to her shocking proposition! Nothing surprises cynical Gunnar-until deliciously disapproving Latika asks him to marry her! Recognising her desperation, he'll protect her with all his royal power. But the biggest surprise isn't their sizzling chemistry, but how dangerously permanent his craving for his temporary Princess feels... 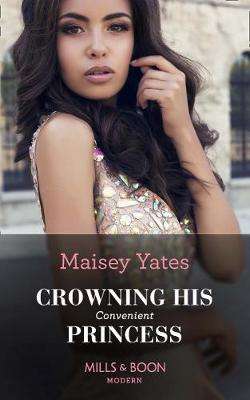 Paperback
Crowning His Convenient Princess (Mills & Boon Modern) (Once Upon a Seduction... also appears in these Categories: