Death of a Bean Counter

Amy's wealthy new beau, investment adviser Kip Fargo, has been shot dead in his bed - and Amy is the last known person to see him alive. Kip had just proposed to Amy, but she turned him down, triggering a terrible argument and making Amy the prime suspect. Determined to prove her barista's innocence, Maggy soon makes a number of disturbing discoveries. Can she untangle lies, jealousy and Kip's shady dealings in time to avert the disaster that's brewing? 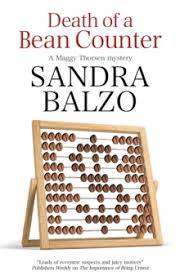 Hardback
Death of a Bean Counter also appears in these Categories:

The Life We Almost Had
Amelia Henley
€9.65