A major writer and a leading figure in the public life of Rome, Seneca (c. 4BC-AD 65) ranks among the most eloquent and influential masters of Latin prose. This selection explores his thoughts on philosophy and the trials of life. In the Consolation to Helvia he strives to offer solace to his mother, following his exile in AD 41, while On the Shortness of Life and On Tranquillity of Mind are lucid and compelling explorations of Stoic thought. Witty and self-critical, the Letters - written to his young friend Lucilius - explore Seneca's struggle to acquire philosophical wisdom. A fascinating insight into one of the greatest minds of Ancient Rome, these works inspired writers and thinkers including Montaigne, Rousseau, and Bacon, and continue to intrigue and enlighten. 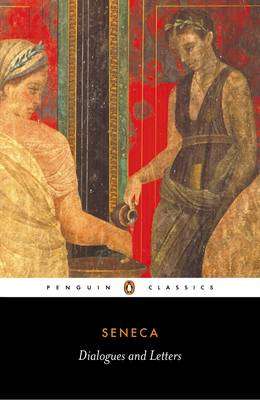 Paperback
Dialogues and Letters also appears in these Categories:

Morality: Why we need it and how to find it
Jonathan Sacks

2.5% off
How the World Thinks: A Global History of Philosophy
Julian Baggini

10% off
Lessons in Stoicism
John Sellars

2.5% off
On Truth and Untruth: Selected Writings
Friedrich Nietzsche
€10.70