WITH AN INTRODUCTION BY HAROLD BLOOM. Widely regarded as the world's first modern novel, and one of the funniest and most tragic books ever written, Don Quixote chronicles the famous picaresque adventures of the noble knight-errant Don Quixote de La Mancha and his faithful squire, Sancho Panza, as they travel through sixteenth-century Spain. Unless you read Spanish, you've never read Don Quixote. 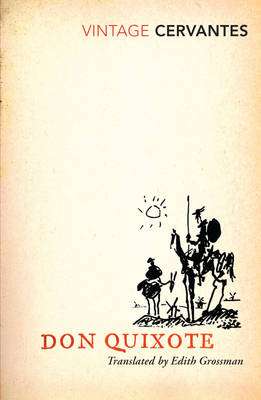