They began as a little blues band in London, England, in 1967, named, rather bizarrely, after their tight rhythm section: Mick Fleetwood on drums and John McVie on bass. Fleetwood Mac. Fifty years later,they remain one of the biggest bands of all time - a position they have held since 1977 when, with the help of John's wife, Christine McVie, and two virtually unknown American musicians called Stevie Nicks and Lindsey Buckingham, they released an LP titled Rumours that went on to become the world's best-selling album. That, in itself, is a remarkable story. Now consider the highs and lows, the successes and failures, the personal turmoil, tragedy and heartbreak through which this band has journeyed over the last 50 years ... and the story of Fleetwood Mac becomes one of pure drama. The greatest ever rock 'n' roll soap opera. In this independent, lavishly illustrated publication, music writer and journalist Pete Chrisp reveals the true story of how, over the last 50 years, despite all of those confrontations, pinnacles and all-time lows ... the chain of Fleetwood Mac remains unbroken. Now fully updated to include features on Peter Green's Fleetwood Mac and all the musicans and members that have made the band one of the ebst selling of all time. 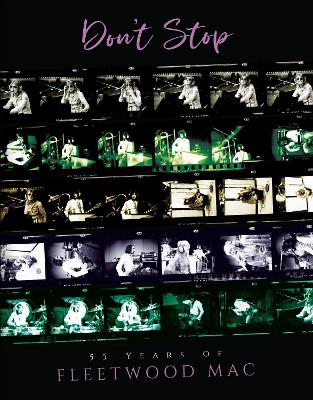