This is the extraordinary life story of Ernie OMalley (1897-1957), one of Irelands most complex and influential Republican figures, and later a hugely successful writer.

Born in Castlebar in 1897, Ernie OMalley went on to serve as a General in the IRA at the young age of 23 and commanded 7,000 volunteers in the brutal War of Independence. Following the Truce and the signing of the Anglo-Irish Treaty in 1922, he took an aggressive anti-treaty position and commanded the Anti-Treaty forces during the subsequent Civil War, after his leadership role in the occupation of the Four Courts in June 1923.

What distinguishes OMalleys story as remarkable is the stark difference between his dramatic life as a soldier and his subsequent bohemian world as a writer and renaissance man. After the establishment of the new State, OMalley left Ireland and travelled extensively throughout Europe, America and Mexico, mixing with the likes of Jack B. Yeats, Samuel Beckett and John Ford, and embarked upon a tumultuous marriage to American heiress-sculptor Helen Hooker.

Enriched with valuable unpublished material from his diaries, letters and military dispatches, and the unique perspective of his son Cormac, Ernie OMalley: A Life is the fascinating biography of an extraordinary Irishman. 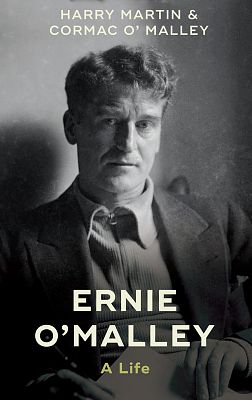 16% offPaperback
Ernie O'Malley: A Life also appears in these Categories: