Steven Spielberg directs this heart-warming family tale of friendship between a boy and his pet alien.

Young Elliott (Henry Thomas) has not had a happy home life since his parents split up.

When Elliott finds an alien in his backyard one night, he takes the creature in, christening him 'ET' and aiding him in his efforts to contact his mother ship.

ET has various amazing powers, including the ability to heal and make objects levitate, but his growing bond with Elliott is threatened by the fact that government officials are already trying to track him down. 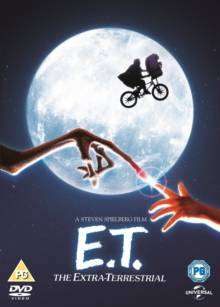