Internationally acclaimed with more than 5 million copies in print, Fahrenheit 451 is Ray Bradbury's classic novel of censorship and defiance, as resonant today as it was when it was first published nearly 50 years ago.

Guy Montag was a fireman whose job it was to start fires...

The system was simple. Everyone understood it. Books were for burning ... along with the houses in which they were hidden.

Guy Montag enjoyed his job. He had been a fireman for ten years, and he had never questioned the pleasure of the midnight runs nor the joy of watching pages consumed by flames... never questioned anything until he met a seventeen-year-old girl who told him of a past when people were not afraid.

Then he met a professor who told him of a future in which people could think... and Guy Montag suddenly realized what he had to do!

First published in 1953, Fahrenheit 451 is a classic novel set in the future when books forbidden by a totalitarian regime are burned. The hero, a book burner, suddenly discovers that books are flesh and blood ideas that cry out silently when put to the torch. 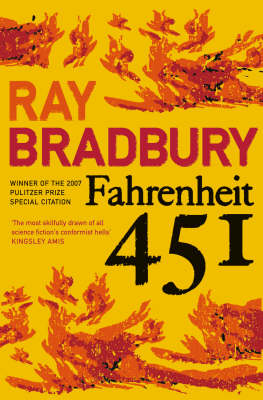 The Wicked In Me
Suzanne Wright
Trade Paperback
€18.75

Back In A Spell
Lana Harper
Paperback
€12.50