Giving up the Ghost: A memoir

'Like Lorna Sage's Bad Blood ... A masterpiece.' Rachel Cusk Giving Up the Ghost is the shocking and beautiful memoir, from the author of Wolf Hall, Bring Up the Bodies and The Mirror & the Light 'Giving up the Ghost' is award-winning novelist Hilary Mantel's uniquely unusual five-part autobiography. Opening in 1995 with 'A Second Home', Mantel describes the death of her stepfather which leaves her deeply troubled by the unresolved events of her childhood. In 'Now Geoffrey Don't Torment Her' Mantel takes the reader into the muffled consciousness of her early childhood, culminating in the birth of a younger brother and the strange candlelight ceremony of her mother's 'churching'. In 'Smile', an account of teenage perplexity, Mantel describes a household where the keeping of secrets has become a way of life. Finally, at the memoir's conclusion, Mantel explains how through a series of medical misunderstandings and neglect she came to be childless and how the ghosts of the unborn like chances missed or pages unturned, have come to haunt her life as a writer. 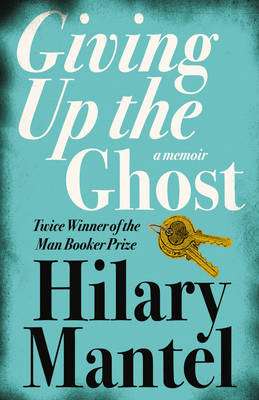 Paperback
Giving up the Ghost: A memoir also appears in these Categories: