LONGLISTED FOR THE WALTER SCOTT PRIZE FOR HISTORICAL FICTION 2018 SHORTLISTED FOR THE KERRY GROUP IRISH NOVEL OF THE YEAR 2018 SELECTED AS A BEST BOOK OF THE YEAR 2017 BY THE GUARDIAN AND ESQUIRE Early one October morning, Grace's mother snatches her from sleep and brutally cuts off her hair, declaring, `You are the strong one now.' With winter close at hand and Ireland already suffering, Grace is no longer safe at home. And so her mother outfits her in men's clothing and casts her out. When her younger brother Colly follows after her, the two set off on a remarkable journey in the looming shadow of their country's darkest hour. The broken land they pass through reveals untold suffering as well as unexpected beauty. To survive, Grace must become a boy, a bandit, a penitent and, finally, a woman - all the while afflicted by inner voices that arise out of what she has seen and what she has lost. Told in bold and lyrical language by an author who has been called 'one of his generation's very finest novelists' (Ron Rash), Grace is an epic coming-of-age novel and a poetic evocation of the Irish famine as it has never been written. 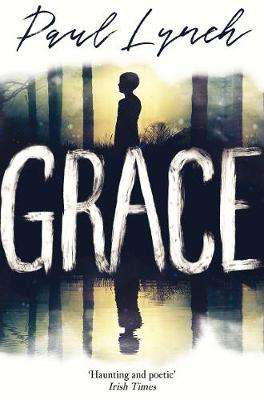 18% off
Hitching for Hope: A Journey into the Heart and Soul of Ireland
Ruairí McKiernan
€14.99

Future Proof Your Career: From the inside out
John Fitzgerald
€18.00

Under The Upside-Down Saucer
Maureen Sparling
€12.00

Freedom is a Land I Cannot See
Peter Cunningham
€11.25