Howl, Kaddish and Other Poems

Beat movement icon and visionary poet, Allen Ginsberg broke boundaries with his fearless, pyrotechnic verse. This new collection brings together the famous poems that made his name as a defining figure of the counterculture. They include the apocalyptic "Howl", which became the subject of an obscenity trial when it was first published in 1956; the moving lament for his dead mother, "Kaddish"; the searing indictment of his homeland, "America"; and the confessional "Mescaline". Dark, ecstatic and rhapsodic, they show why Ginsberg was one of the most influential poets of the twentieth century. 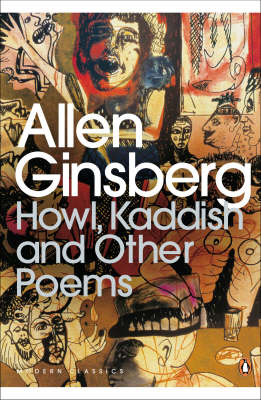 Paperback
Howl, Kaddish and Other Poems also appears in these Categories:

Dancing By The Light of The Moon
Gyles Brandreth
€13.40

Eat Or We Both Starve
Victoria Kennefick
€13.75

Alexa, What is there to know about Love
Brian Bilston
€15.65

Poems to Fall in Love With
Chris Riddell
€12.05