In Search of Dreamtime

In Search of the Dreamtime in County Clare

There is a Clare awaiting our re-discovery, lying in cleat sight but now rarely seen. It comes from a time when the fortunes of the countryside had a direct and immediate impact of the welfare of ir's inhabitants. Through practices and ceremonies, the ealry pioneers cajpled the land, always mindful of it's moods and signals. This deep relationship was at the heart of Clare's Dreamtime, when the two, man and nature, were deeply entwined.

Full of engaging natural features, the countryside has layers of myths, archaelogy, placenames, stories and srtefacts laid down by previous generations. These manmade additions enhanced the terrain and created a storied land. Nurtured by references in daily speech, it was endlessly feted. This cherished, almost-sentient landscape only began to withdraw from view in the early nineteenth century, when outside cultures impinged ever more on Clare rural life. A nwe-found rationalism slowly denuded the land of mystery and wonder.

This book covers a time from first peoples to early medieval times. Along the way, rich traditions allied to the landscape were lost, with only traces now remainig. These we hope to find again. Taking the lead from the countryside itself we explore storied hills, ringforts, islands, megaliths, crannogs, water worlds, subterranean retreats, hidden groves and forgotten assembly sites. These esteemed locations evoked both a pragmatic and lyrical rsponse in natives.

From the manmade worl, objects of stone, metal and wood offer clues to earlier beliefs and values. We look also at those numinous others who shared the landscape with Clare residents. These included the fairy host and those who had departed life, leaving a shadow trail in their wake. Finally we turn to Clare's Gaelic scribes and poets, whose memories were longest and tongues sweetest, to get theur interpretation of the Dreamtime.

This Dreamtime quest is motivated as much by instinct as reflection as it seeks to affirm an older elemental Clare that still lingers out there - across the bog or behind the hill. There are over 50 colour photographs, maps and tables to lead the way in self-discovery of the landscape. 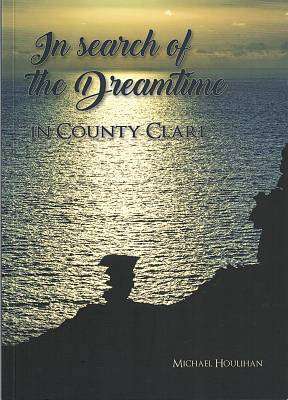 Paperback
In Search of Dreamtime also appears in these Categories:

14.5% off
The Boundless and Miraculous: Found Poems in the Letters of Vincent Van Gogh
Larry Stapleton
€19.95