Interned, The Curragh Internment Camps In the War of Independence

During the War of Independence period, faced with armed insurrection and revolutionary claims to democratic legitimacy, the British government responded with increasingly harsh emergency powers. Internment without trial was introduced in late 1920, which ledt to thousands of men and women being imprisoned under emergency law. While the main internment camp for republicans was located at Ballykinlar County Down, further capacity was required to deal with the large number of detainees. To supplement this, another internment camp was constructed at the Curragh, Co Kildare, to house about 1500 prisoners. Known as the Rath Camp, it took its name from the historic Gibbet Rath, the scene of a massacre of rebels during the 1798 rebellion. Conditions in the camp were harsh, and there were many confrontations between prisoners and the British troops guarding them. There were a number of successful escapes, but the most audacious was in September 1921, during the Truce period, when 60 men escaped through a tunnel. The camp was closed down after the signing of the Treaty.

This unique book is the first to investigate the Rath Internment Camp, which housed thousands of republicans from all over Ireland. It contains a list of names and addresses of some 1,500 internees, which will be fascinating to their descendants and those interested in local history, as well as an exploration and details of the 1921 escape, which was the largest and most successful IRA escape in history. 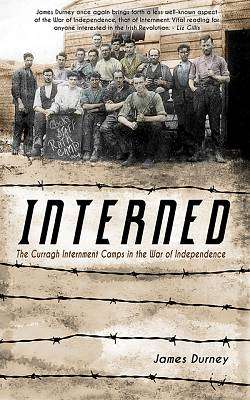 Paperback
Interned, The Curragh Internment Camps In the War of Independence also appears in these Categories: