The new blockbuster thriller from Graham Hurley set against the final stages of the Second World War. Confidant of Goebbels. Instrument of Stalin. What's the worst that could happen? January 1945. Wherever you look on the map, the Thousand Year Reich is shrinking. Even Goebbels has run out of lies to sweeten the reckoning to come. An Allied victory is inevitable, but who will reap the spoils of war? Two years ago, Werner Nehmann's war came to an abrupt end in Stalingrad. With the city in ruins, the remains of General Paulus' Sixth Army surrendered to the Soviets, and Nehmann was taken captive. But now he's riding on the back of one of Marshal Zhukov's T-34 tanks, heading home with a message for the man who consigned him to the Stalingrad Cauldron. With the Red Army about to fall on Berlin, Stalin fears his sometime allies are conspiring to deny him his prize. He needs to speak to Goebbels - and who better to broker the contact than Nehmann, Goebbels' one-time confidant? Having swapped the ruins of Stalingrad for the wreckage of Berlin, the influence of Goebbels for the machinations of Stalin, and Gulag rags for a Red Army uniform, Nehmann's war has taken a turn for the worse. The Germans have a word for it: Katastrophe. Katastrophe is part of the SPOILS OF WAR Collection, a thrilling, beguiling blend of fact and fiction born of some of the most tragic, suspenseful, and action-packed events of World War II. From the mind of highly acclaimed thriller author GRAHAM HURLEY, this blockbuster non-chronological collection allows the reader to explore Hurley's masterful storytelling in any order, with compelling recurring characters whose fragmented lives mirror the war that shattered the globe. Reviewers on Graham Hurley: 'Historical fiction of a high order' The Times 'Tense, absorbing and faultlessly plotted' Sunday Times 'Beautifully constructed... This is one of Hurley's finest' Daily Mail 'Hurley's capable and understated characterization makes his lead's story plausible and engaging' Publishers Weekly 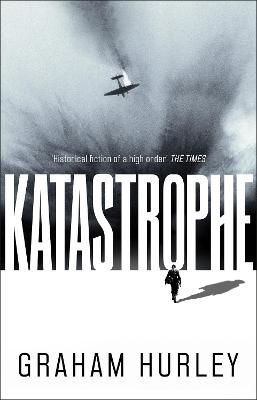 A German Christmas: Festive Tales From Berlin to Bavaria
The Brothers Grimm
Hardback
€16.25