Kevin Barry: The Short Life of an Irish Rebel

On 1 November 1920, eighteen-year-old UCD medical student Kevin Barry was hanged in Mountjoy Jail for his role in an IRA raid that killed a British soldier. The reaction to his execution was incensed and international, and to this day, he remains a vibrant icon of patriotic, idealistic death, his name synonymous with youthful republican sacrifice.

The persistence of his memory is singular, not only within Irish republicanism but also in the wider world. Eunan OHalpin, esteemed historian and grand-nephew of Kevin Barry, explores his ancestors short but significant life, the dynamics of growing up with a martyr in the family, and why Barrys name has continued to resonate in Ireland and beyond. OHalpin examines Barrys ideological formation and the impact of his religious education, and challenges common misconceptions about educated, privileged men who were just as willing as rural Volunteers to do what they saw as their duty.

Indeed, Barrys life in the IRA in Carlow and Dublin was a surprisingly active one, despite his age, and his story tells us a great deal about the young men who joined the IRA to fight against British rule, and later each other, and the families left beh 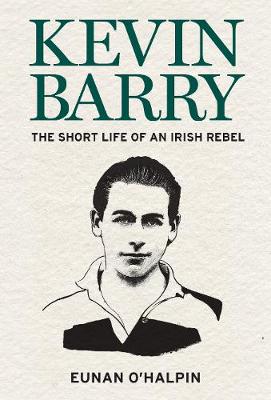 7% offPaperback
Kevin Barry: The Short Life of an Irish Rebel also appears in these Categories:

11% off
Ireland's Pirate Trail: A Quest to Uncover Our Swashbuckling Past
Des Ekin
€12.99

Shadows from the Trenches - Veterans of The Great War & The Irish Revolution 191
Emmanuel Destenay
€30.00